What is Greenwashing, and Why Should You Care?

In the age of value-driven consumers, brand authenticity is more important than ever. 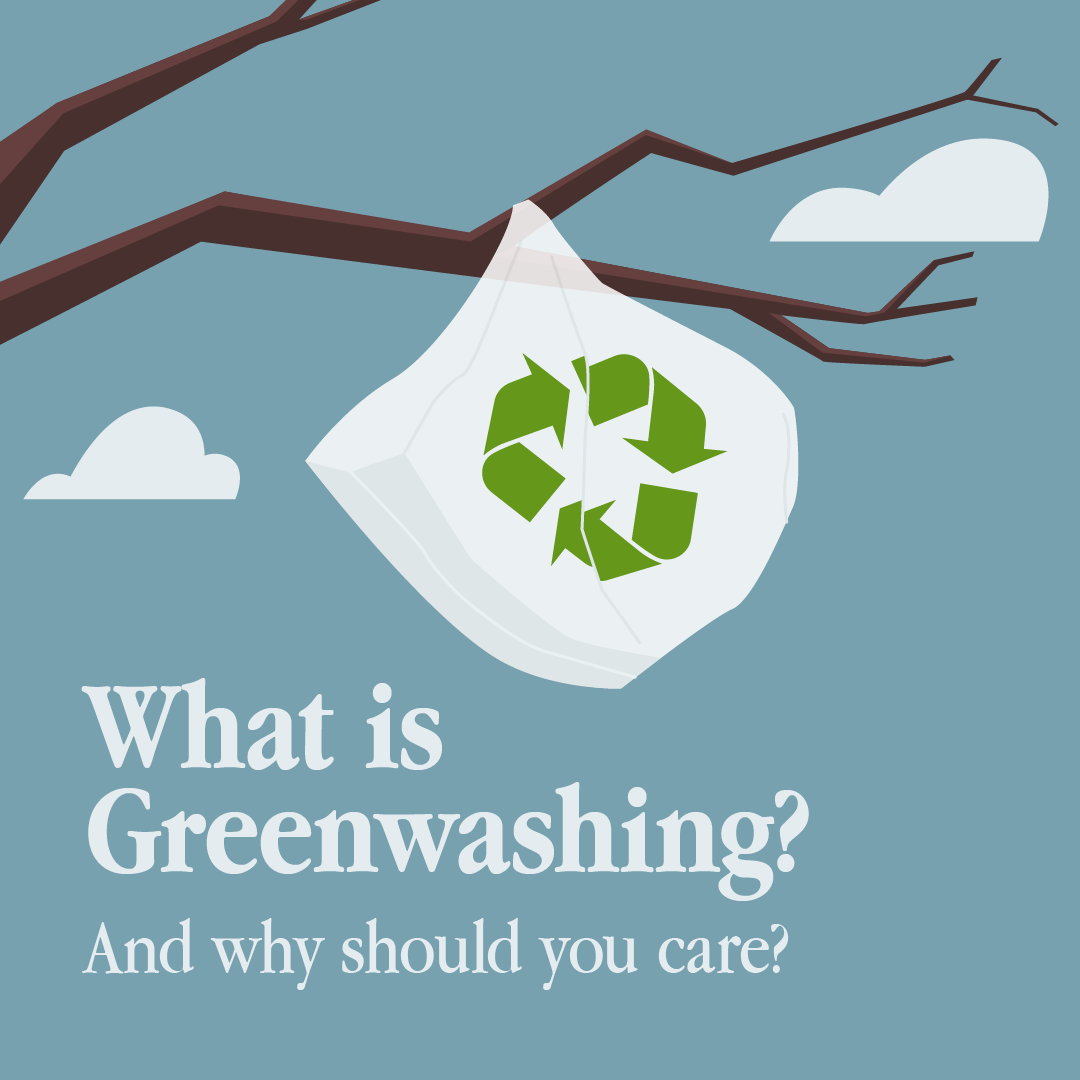 Consumers today care about who they’re buying from — and they want those brands to have the same values they do. A whopping 71 percent of consumers polled by Adweek say they prefer to buy from companies that align  with their values.

Many companies, recognizing this value-based consumerism as a major opportunity, have adapted their marketing strategies to portray value-driven businesses. But what happens when those values get sidetracked, diluted, or fail to become truly ingrained in the organization’s culture and processes? Customers notice. Younger consumers especially are keen at sniffing out the BS in company claims — and they’re not staying silent when they find it (it’s never a good look when your brand is getting blasted on Twitter for being inauthentic — IYKYK).

Greenwashing is a key example of values-based marketing gone awry.

Greenwashing is marketing that attempts to paint a much prettier picture of a company’s sustainability initiatives than the reality of their efforts. This can range from small cases, like using misleading recycling statistics on your website, to massive scandals — like Volkswagen’s “Emissionsgate.”

In 2012, Volkswagen was caught lying on its diesel vehicle emissions reports (to the tune of 40x more emissions than advertised). VW’s line of diesel cars was touted as the lowest emitter on the market, satisfying the growing demand for affordable low emissions vehicles. But it was all a lie, resulting in the recall of millions of cars, a multistate lawsuit, several felony charges, and billions of dollars in payouts.

Martin Winterkorn, VW's chief executive at the time, said his company had "broken the trust of our customers and the public."

Ethics aside, greenwashing doesn’t work as a marketing tactic

While the Volkswagen example is an extreme one, it paints a picture of a landscape that’s eager to use greenwashing tactics as a way to appeal to consumers who are concerned about the environment — about 64 percent of Gen X, 75 percent of Millennials, and 73 percent of Gen Z are willing to pay more for “greener” products, according to Business News Daily.

But as consumers' willingness to pay more for more sustainable products has grown, so has their awareness of greenwashing tactics. And not only are customers adept at sniffing out inauthentic marketing, they feel empowered to call it out to their audiences.

This lack of trust affects all companies that make sustainability claims, real or not. More than half of Americans — 53 percent — are losing faith in the environmental claims of companies, according to Business News Daily.

This is likely due to the sheer amount of green claims being made in the market. In its annual report on greenwashing, consultancy TerraChoice identified more than 2,000 products that made green claims, 98 percent of which met criteria of greenwashing.

Let’s take a look at some other brands who have taken a hit due to their greenwashing.

H&M, the Scandinavian-based fast-fashion brand, recently introduced a “Conscious” clothing line that was marketed as a more sustainable alternative to their original lines. Some stores even decorated their window displays with signs reading slogans like, “Eco Warrior” and “Climate Crusader.” But researchers found that the “Conscious” line actually contains 15 percent more damaging synthetic materials than the brand’s original product lines, and still operates on the highly wasteful fast-fashion model. This prompted enraged activists to protest outside of H&M stores.

In 2018, Starbucks introduced a new, strawless lid after public outcry against single-use plastic straws ending up in our oceans and harming wildlife. The problem? These new lids were actually made from more plastic than the original straw and lid combo and did little to address the amount of single-use plastic that leaves the coffee chain’s over 33,000 stores each day.

Fiji water publicized itself as a “carbon negative” company in 2008, despite the reality that removing more carbon emissions than were created by their operations was as far off in the future as 2037. The water bottling company faced a lawsuit for this forward-crediting in 2010.

What we can learn from greenwashers

Even if your company doesn't champion any sustainability claims, there's a key takeaway here around authenticity and trust. Let the VWs and the H&Ms of the world who committed greenwashing serve as reminders that it's important for your brand to walk what it talks.

Brands that greenwash largely from a well-intentioned place — wanting to serve with their increasingly environmentally conscious customers. But underestimating the sophistication of their audiences is where they often go wrong.

Real leaders of impactful change aren’t greenwashing. The leaders are seriously rethinking and redesigning the way they conduct business because they know the best marketing is the product itself — let your real process and product tell your authentic brand story.